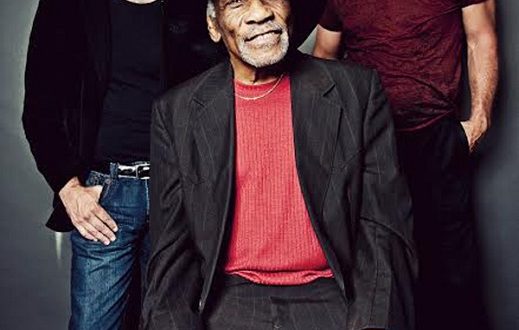 Mac Arnold, who has performed and recorded with Muddy Waters and John Lee Hooker, and worked with other huge musical giants such as James Brown and Quincy Jones, is back in Gainesville with his band Plate Full O’ Blues. Arnold toured and recorded live albums with Muddy Waters and John Lee Hooker in the 1960s, and has played with many other legendary Blues artists. His high school band was often joined by future soul music legend James Brown on piano.
Mac Arnold was nominated for best Traditional Blues Male Artist at the 2012 Blues Music Awards. Heading one of the finest live Blues bands today, they headlined the Brick City Blues Festival to rave reviews. Jazz Now said Arnold has “one of the most original voices in blues” and All Music Guide called him “one remaining virtual blues goldmine”. Mac was inducted into the Alabama Blues Hall of Fame in 2017.

Sheba the Mississippi Queen & the Bluesman were International Blues Challenge semifinalists. Sheba’s influences are Billy Holiday, Etta James, Tina Turner, Aretha, and Big Mama Thornton, and she has performed at Springing the Blues, the Coral Gables Blues Festival, and the Long Island Blues Festival. The band includes top musicians steeped in the Blues that have played alongside Buddy Guy and Bo Diddley, among other greats.