July 11: Doug Deming & the Jewel Tones with the Ramblin Mutts! 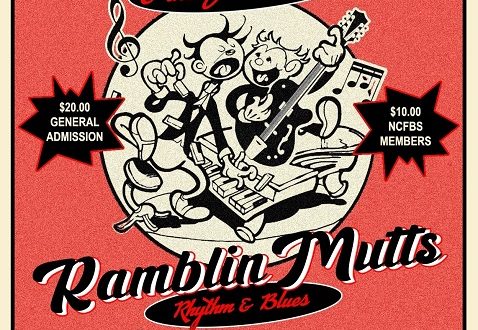 The North Central Florida Blues Society is excited to have Doug Deming & the Jewel Tones in Gainesville at the High Dive on July 11.  Joining Doug will be Gainesville’s own Ramblin’ Mutts!

Doug Deming and The Jewel Tones have been recognized as a band that returns to the roots of Blues as opposed to a continuation of modern adaptations of the style.

Eastside Detroit native Doug Deming, now hailing from Florida’s Gulf Coast, has garnered widespread attention for his deft guitar work and memorable songwriting. With a nod to the likes of T-Bone Walker and Charlie Christian, as well as Luther Tucker and Robert Jr. Lockwood, Doug leaves his own mark whether swingin’ on the big jazz box, or playing straight up Blues on the solid body Fender guitar. Since playing the local Detroit scene beginning in the early 90s, Doug has spent much of the following years touring and recording with top blues artists, including Fabulous Thunderbirds frontman Kim Wilson, legendary Louisiana swamp bluesman Lazy Lester, Texas’ Gary Primich, Chicago greats Johnny “Yard Dog” Jones and A.C. Reed, as well as Detroit’s own Queen of the Blues, Alberta Adams. Leading his band The Jewel Tones, Doug continues to bring noteworthy traditional and original roots music to his audiences.

Ramblin’ Mutts performs soulful, original, Blues and R&B. They will play selections from their new stellar CD “Pity & Mercy” and also a few reinterpretations of traditional Blues classics that honor the legacy of this timeless music form.

As always fronting the band is Dan Stepp on lead vocals, keyboards and slide guitar. Playing lead guitar is the talented Paul Goble, and the rhythm section is made up of Richard Heipp on bass joined by the driving drum beats of Rich Patrick.

Joining them on stage from Atlanta will be the fabulous Christina Holder on vocals. They will have a full horn section led by Brian Stevens on trombone, Paul Johnson on sax, Sean Etheredge on trumpet and Charles Blades on Bari sax